At T-ISS, we have several release hooks for liferafts and rescue boats. Release hooks will make sure your liferaft or rescue boat will release itself into the water in times of emergency. Some release hooks let go automatically while others can be handled manually. In this article, we tell you all about our release hooks and how they operate. 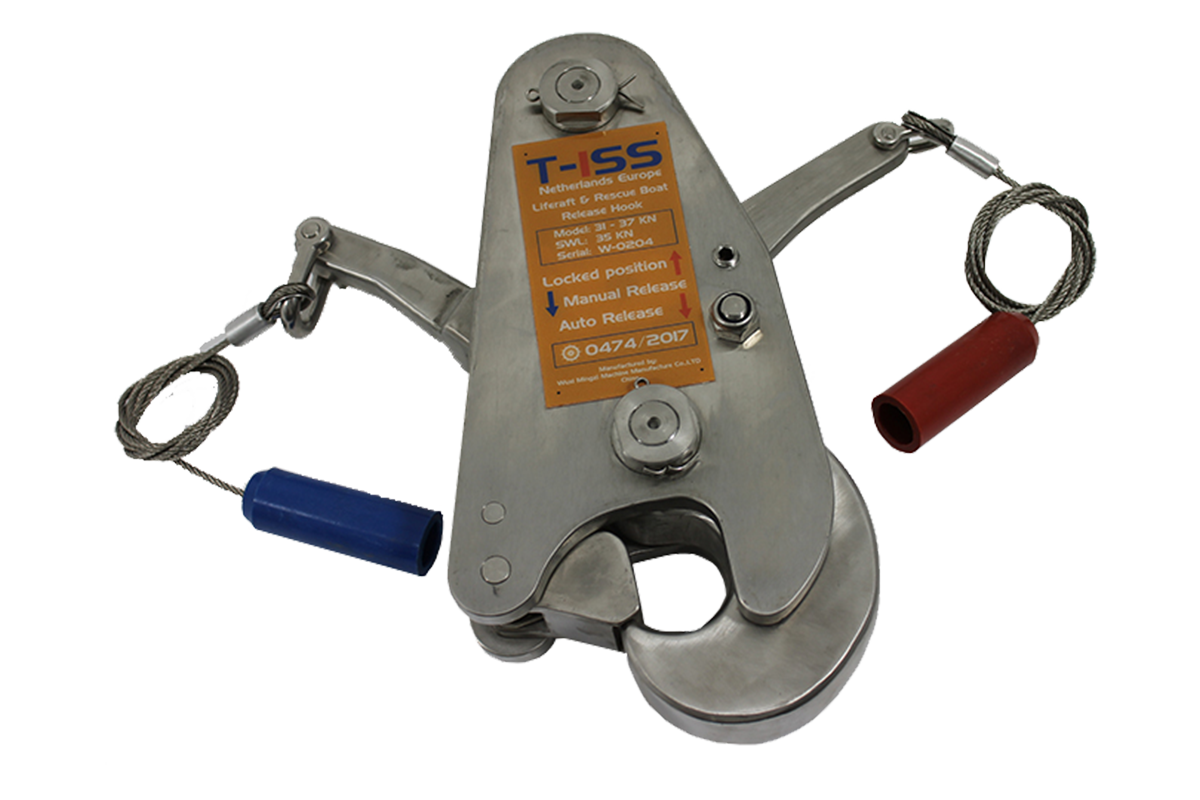 The T-ISS Liferaft / Rescue boat hook PX01 is a combined automatic release hook. It can handle rescue boats and liferafts up to 35kN. You can use this hook for rescue boats with a davit load less than 3500 kg or a davit launched liferaft up to 40 pax.

The PX01 has two modes of operation to allow for safe evacuation regardless of the conditions:

1. Automatic release when the craft enters the water.
2. Manual release when waterborne if auto-release is not possible. 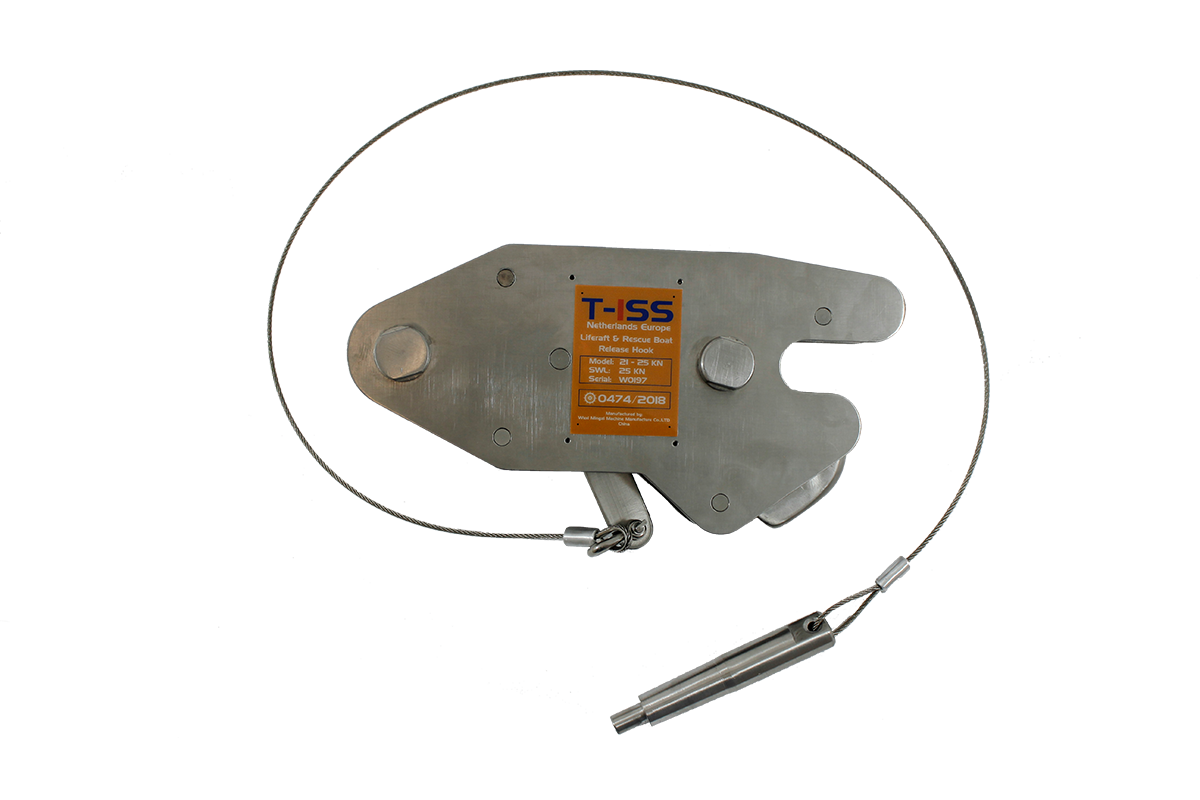 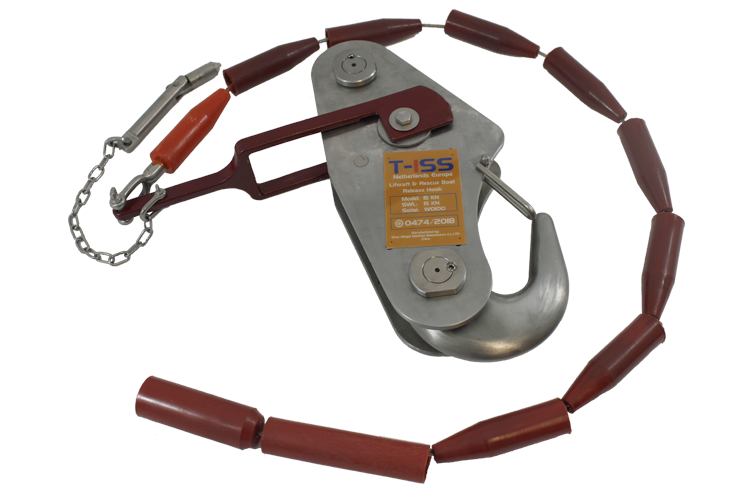 The T-ISS Rescue boat hook PX03 is a manual release hook. It can be operated by one person. By pushing the release handle in the upward position, the hook will open. The PX03 can handle a safe working load of 15kN. In addition, this one is easy to operate and comes with a 5 year service life.

A hydrostatic release unit (HRU) is a pressure activated mechanism. It is designed to automatically deploy a life raft, when certain conditions are met. In case a vessel sinks, the HRU will activate and release the life raft on a depth between 1,5 and 4 meters. The pressure of the water against a diaphragm within the sealed casing causes a knife to cut through a rope. Then, it will release the life raft. 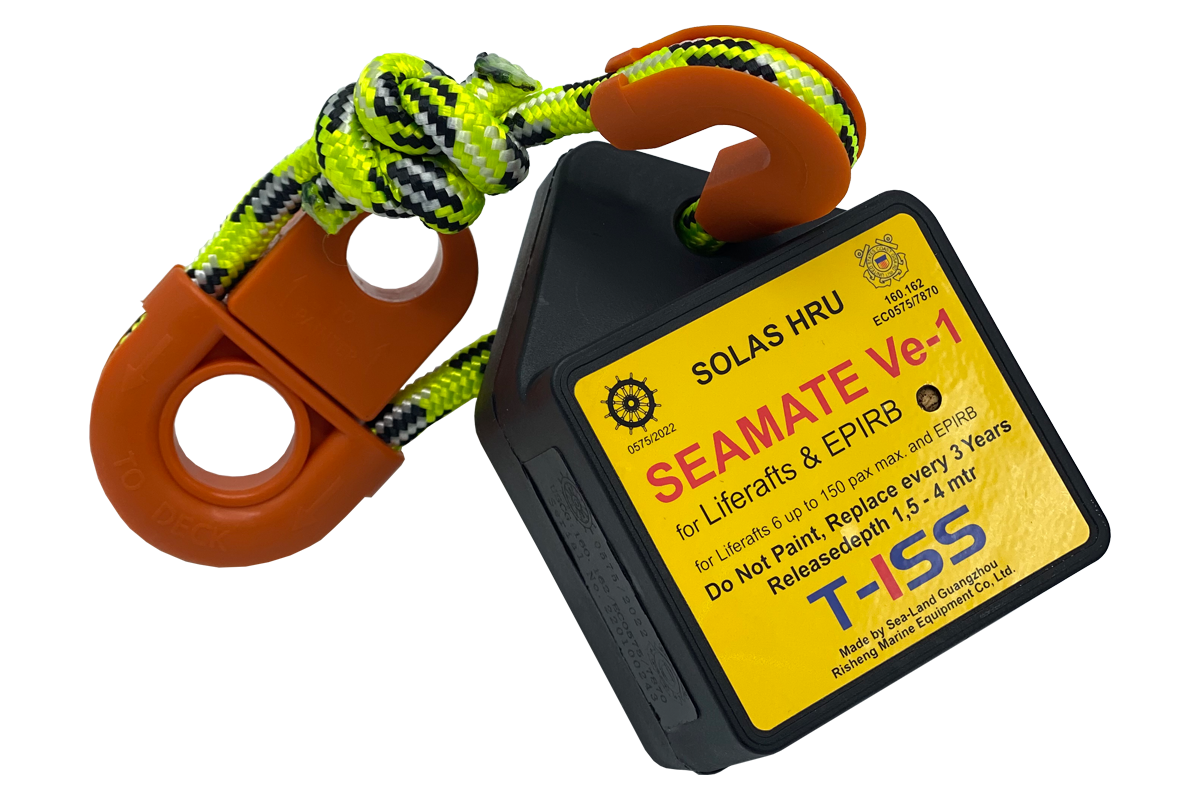 Our SeaMate Ve-1 hydrostatic release unit is designed to operate in all conditions. From extreme heat to the polar environment. In the exceptional situation your vessel sinks, the T-ISS SeaMate Ve-1 will automatically release your life rafts and EPIRB’s.

Our innovative design increased the reliability, that’s why the T-ISS SeaMate Ve-1 has an expiry life of 3 years. This means you only replace the HRU every 3 years, instead of 2 years which is common.

Besides the cost saving, this also reduces the environmental footprint. The SeaMate Ve-1 hydrostatic release also fits on remote release systems. This enables you to release life rafts remotely.

Visit our product page for an overview of all our safety products.
If you have any questions about the products in this article, feel free to contact us.

This website uses cookies to improve your experience while you navigate through the website. Out of these, the cookies that are categorized as necessary are stored on your browser as they are essential for the working of basic functionalities of the website. We also use third-party cookies that help us analyze and understand how you use this website. These cookies will be stored in your browser only with your consent. You also have the option to opt-out of these cookies. But opting out of some of these cookies may affect your browsing experience.
NecessaryAlways Enabled
Necessary cookies are absolutely essential for the website to function properly. This category only includes cookies that ensures basic functionalities and security features of the website. These cookies do not store any personal information.
Non-necessary
Any cookies that may not be particularly necessary for the website to function and is used specifically to collect user personal data via analytics, ads, other embedded contents are termed as non-necessary cookies. It is mandatory to procure user consent prior to running these cookies on your website.
SAVE & ACCEPT