Posted by admin on September 2, 2019 in Product information

Imagine the undesirable situation of a ship that, for some reason, needs to be evacuated while being at sea. When this happens, the most important thing is to guarantee the wellbeing and safety of the passengers and personnel. In most cases this will be done using life rafts or rescue boats. The vessels staff will lead the passengers to the life raft or rescue boat that is intended for them.

T-ISS developed a versatile range of release hooks that are made to fit any life boat or rescue boat. Our hooks feature several advantages when comparing them to other products on the market. The following advantages stand out:

● It will increase safety, as the crew only need to familiarize themselves with one hook, instead of two, there is no second hook, dangerously swinging around when lowering
● In distress situations the crew will instantly know which hook to use, as there is only one hook
● The most economical solution, why buy two hooks if one is sufficient? 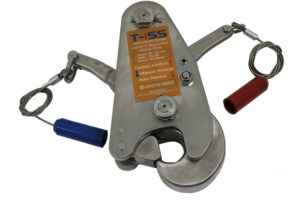 The T-ISS Life Raft / Rescue Boat Hook PX01 is a combined automatic release hook which can handle rescue boats and life rafts up to a safe working load of 35 kN. This hook can be used for rescue boats with a davit load less than 3500 kg and/or a davit launched life raft up to 40 pax. The hook can be operated as an automatic release hook, releasing when the craft enters the water, or as a manual release hook, whereby the load needs to be off the hook before releasing. 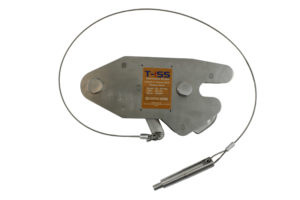 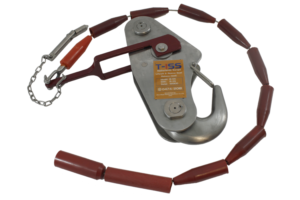 The T-ISS PX03 hook is a release hook for rescue boats which can handle a safe working load of 15 kN. The hook is easy to operate and maintain and comes with a five-year service life. The PX-03 release hook meets the high SOLAS standards for release hooks, as described in the MSC.81(70) and applicable LSA code, and is dimensioned to suspend davit launched rescue boats with a davit load not exceeding 1.500 kg.

This website uses cookies to improve your experience while you navigate through the website. Out of these, the cookies that are categorized as necessary are stored on your browser as they are essential for the working of basic functionalities of the website. We also use third-party cookies that help us analyze and understand how you use this website. These cookies will be stored in your browser only with your consent. You also have the option to opt-out of these cookies. But opting out of some of these cookies may affect your browsing experience.
Necessary Always Enabled
Necessary cookies are absolutely essential for the website to function properly. This category only includes cookies that ensures basic functionalities and security features of the website. These cookies do not store any personal information.
Non-necessary
Any cookies that may not be particularly necessary for the website to function and is used specifically to collect user personal data via analytics, ads, other embedded contents are termed as non-necessary cookies. It is mandatory to procure user consent prior to running these cookies on your website.
SAVE & ACCEPT